David and Mark are excited to bring you this conversation with Dave “Boon” Benton and Bill Orndorf about Vehicle Defense concepts for both civilians and Law Enforcement Officers.  Commonly called VCQB, which is perhaps a misnomer, this episode explores the art of fighting from within and around a vehicle and how it's more relevant to your life than you might think.

Boon likely needs no introduction.  He is a US Marine Corps veteran, has a combined 24 years serving in specialized teams and leadership roles in the military, law enforcement, protective security, and intelligence community.  He has held many positions on various teams from assaulter, sniper, breacher, tactical medic, team leader, and instructor.

Perhaps more recognizably for many of our listeners, Boon is one of the warriors that fought to protect the the US Diplomatic Post and CIA Annex in Benghazi, Libya in September of 2012.  The commitment and bravery of Boon and his brothers in arms was chronicled in the book “13 Hours: The Inside Account of What Really Happened in Benghazi” and also the movie, “13 Hours: The Secret Soldiers of Benghazi”.

Bill is one of the founding partners of ShootingClasses.com.  He is a former Deputy Sheriff with the Brevard County, Florida, Sheriff’s Office where he worked both patrol and in the Criminal Investigation Division.  He is a NRA certified Firearms Instructor and a member of the Defensive Marksmanship Instructor Group.

Boon and Bill are partners in ShootingClasses.com, an online portal which assists firearms trainers and ranges in administering and automating their business.

Be sure to visit their site to connect with these gentlemen and their colleagues, and to learn more about the classes they have scheduled and about the other services that they offer.

Mentioned in This Episode:

13 Hours: The Inside Account of What Really Happened in Benghazi
Book by Michael Zuckoff

13 Hours: The Secret Soldiers of Benghazi
Movie by Michael Bay

Beirut Rules: The Murder of a CIA Station Chief and Hezbollah's War Against America
Book by Fred Burton

The Science of Fear: How the Culture of Fear Manipulates Your Brain
Book by Daniel Gardner

Never Split the Difference: Negotiating as if Your Life Depended on It
Book by Chris Voss

Connect With Us After the Show!

Do you want to interact with the hosts and your fellow listeners?  Join us on Patreon.com at the Shooters Nation Community.

You can also Follow us in the belly of the beast.

Get News and Special Offers!

Be sure to sign up for the Shooters Nation Mail Blast newsletter.

Got an idea for a future episode?

Let us know at https://www.shootersnation.com/idea

Quality Custom Kydex Holsters and Carry Gear
Be sure to use discount code “SHOOTERSNATION” when ordering!

Are you interested in sponsoring an episode?  Contact us!  We'd love to chat with you about it.

Got a great idea for an episode?
Click Here and Let us know! 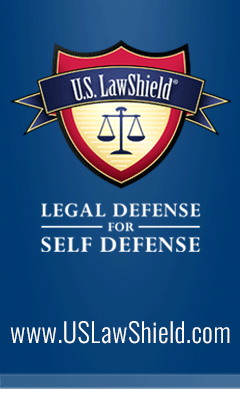 My new Staccato C2 DPO. I’m waiting on the opti